Hi Guys, two weeks back I have found that Information Security Gaint Symantec Norton's Website has few XSS vulnerabilities. As off now they have fixed there site it so I am disclosing the Issue :)

Reflected cross-site scripting vulnerabilities arise when data is copied from a request and echoed into the application's immediate response in an unsafe way. An attacker can use the vulnerability to construct a request which, if issued by another application user, will cause JavaScript code supplied by the attacker to execute within the user's browser in the context of that user's session with the application.

The attacker-supplied code can perform a wide variety of actions, such as stealing the victim's session token or login credentials, performing arbitrary actions on the victim's behalf, and logging their keystrokes.

Users can be induced to issue the attacker's crafted request in various ways. For example, the attacker can send a victim a link containing a malicious URL in an email or instant message. They can submit the link to popular web sites that allow content authoring, for example in blog comments. And they can create an innocuous looking web site which causes anyone viewing it to make arbitrary cross-domain requests to the vulnerable application (using either the GET or the POST method).

or the following code can be used in the search box or input box : 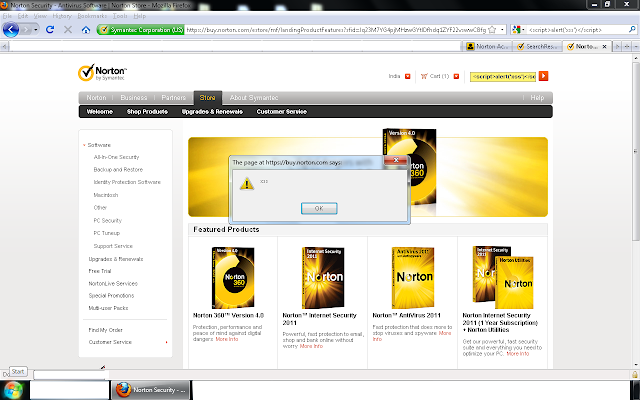 or the following code can be used in the search box or input box :

You Have Successfully Posted the Message.